The Shimano Saragosa feature many of Shimano's propritary technology such as; X-Ship, X-Drag, X-Shield, X-Protect, Dyna-Balance, and Fluidrive II.  The spool has a twin drag, with Dartainium II Drag Washers.  Made with an aluminum frame, a graphite rotor, seamless bail wire, and infinite anti-reverse, it also has six total ball bearings in sizes up to 10000, and seven in sizes 20000 and above.  Comes with an ergonomic handle.

SRG-20000SW - An excellent offshore popping reel, or good for land based shark fishing. 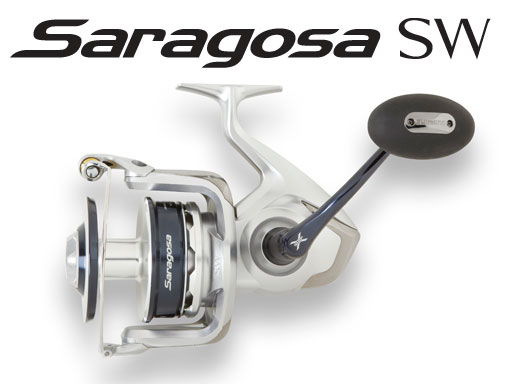